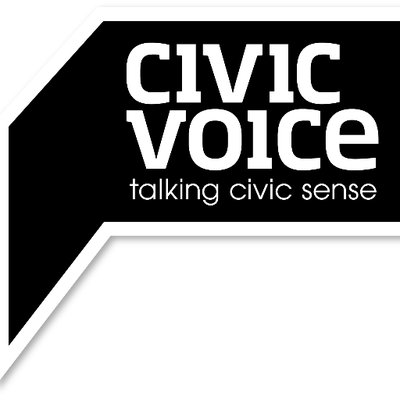 CIVIC VOICE IN A TIME OF LOCALISM

‘Civic movement speaks out to stop inappropriate changes to high street without planning permission’. This eye-catching announcement from Civic Voice highlighted their response to a recent Government consultation about reducing planning control in town centres, so reducing a community’s influence on how towns can change.

Shrinking the planning system might sound good to a free market audience, but we are living in a time of renewed interest in localism that sees benefits from empowering communities, not excluding them.

A national charity for the civic movement

Civic Voice is the national charity for the civic movement in England, representing local civic societies like our own Beeston and District Civic Society and providing them with services. It campaigns nationally on their behalf and promotes civic pride. It does what the name suggests.

Founded in 2010 after the collapse of the Civic Trust in 2009, Civic Voice followed on from a review of civic society needs and a vote on what it should be called - (an alternative was ‘Civic Vision’). Civic Voice has only three permanent staff, relying on the goodwill and voluntary input of the Chairman, Board members and a wider community. Financial support depends on membership, grants and sponsorship.

From the start Civic Voice has punched above its weight in terms of support and representation, partly because it is small and can react quickly. Significantly it has the ear of Government and there is a conservation thread going back to Civic Trust days.

Griff Rys Jones, President since 2009 and a familiar television personality, describes Civic Voice’s community mission in these terms: ‘Civic Voice works to make the places where everyone lives more attractive, enjoyable and distinctive. We speak up for civic societies and local communities across England. We promote civic pride. We are the national charity for the civic movement and have a strong local presence. We want to build stronger, more active, and more engaged communities through our work. We aspire to have a nation of active citizens’.

Where Beeston fits in

The Beeston and District Civic Society is one of 17 member societies in the East Midlands and 218 across England. Importantly, membership offers the opportunity for societies to share experiences and to act collectively. It also offers a way for individuals and corporate sponsors to link into the wider civic movement. This is one of the largest social networks in the country and a powerful collective voice representing 75,000 individual members. The first civic society was set up in the 1840s.

Civic Voice is aware of our developing conversation about the future of Beeston through #Beeston2020Vision.  We might go on to explore Civic Voice’s interest in high street issues through their Save The High Street Team.

More information is available on the Civic Voice website at www.civicvoice.org.uk with good links and the opportunity to attend online events. Also info@civicvoice.org

"Throughout a rather long, tedious and difficult sale the team kept focus and were extremely dedicated to achieving the sale. A great team effort undertaken in a supportive, courteous and professional manner."
Graham M