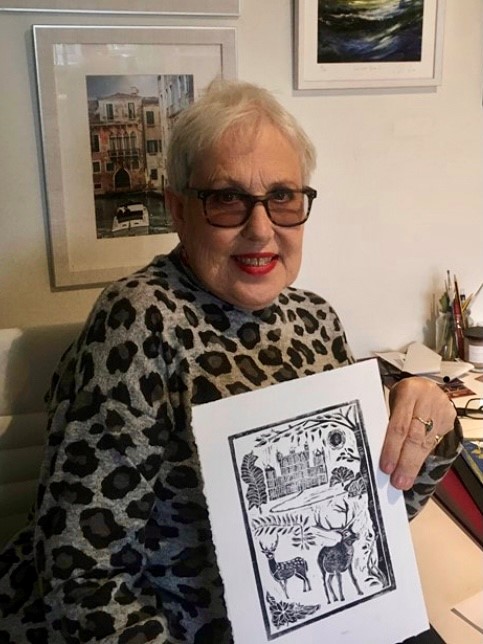 Marysia Zipser: An Art, Culture and Tourism Vision for Beeston

There is so much that is special about Beeston. Among a long list of positives are a prime location and excellent transport links. Beeston is a creative industries hub, a scientific and engineering business centre, with an abundance of ‘green’ and recreational spaces, plus excellent specialist retailers and international restaurants/coffee shops. We are close to a high-ranking international university, colleges and industrial heritage sites – some like Boots remaining active today.

As an incomer from West Bridgford it did not take long to discover that this is also a very creative place, with artists, writers and creatives of every kind making Beeston their home – many working independently.

Just look to the vitality of The Beestonian magazine and the We Are Beeston community project, the Beeston Street Art festival and project led by Jeanie Barton, the Beeston Film Festival founded and directed by John Currie, the ABC Art Trail, the I Love Beeston Art Trail weekend along Beeston High Road/Chilwell High Road and Wollaton Road organised by Helen Stevenson. Then there was The Carnival of Monsters Contemporary Art Exhibitions at Bartons, and the Chilwell High Road street festivals, and more. We also have an abundance of hospitality units and award-winning creative independent businesses.

The last five years has seen a great ‘creative sprint’ following the example of recognised Beeston entrepreneurs of Victorian and Edwardian times.… it’s in our genes! Our school children are proving themselves very able at becoming our 2020 visionaries with entrepreneurial confidence, so Beeston should be in safe hands.

Closer to home, bringing creative people together to promote art, culture and tourism had a modest start on 4th December 2013 at Anglo Scotian Mills (Beeston’s landmark site) with a “Lace” themed mini exhibition. Well received, it was followed by a second ‘live’ performance networking event held in March 2014 entitled “Cultures Crossing”.  So ACT (Art – Culture - Tourism) was born as a strategic vision to embrace the prominent creativity and flourishing of community interest and cultural groups in and around Beeston.

The Cultures Crossing evening brought European press coverage and immediate publicity to further fuel progress to plan more ACT events to raise the profile of the art, culture and tourism opportunity Beeston has to offer. The ACT group was born then and there and continues to flourish.

Art Culture Tourism is a promotions agency whose mission is to recognise, bring together and fuse the multi-cultural creatives in its network, promote Beeston, Nottinghamshire and ACT artists, photographers, authors and performers on an international stage.

Marysia Zipser was born and educated in West Bridgford, returning from Berkshire with two boys in 1997. Marysia moved to Beeston in 2012 and has not looked back. Beeston’s creative impact and sense of community led her to set up Art Culture Tourism in 2013. ‘Now celebrating its seventh anniversary Beeston is on track to becoming the UK’s Art and Culture Capital in the years ahead’.  See Artculturetourism.co.uk https://www.artculturetourism.co.uk/ Beeston, Nottingham, UK 07899 798487

"We were really satisfied with the service provided to us from CP Walker & Son. We had a tight deadline to sell our house, and to complicate things had tenants who sometimes restricted the access to the property for photos and viewings. CP Walker & Son, and particularly Mark Finnigan, dealt with these challenges in a professional and effective manner, providing us with support and advice while sensitively liaising with the tenants and respecting their rights, and ultimately bringing the sale through to completion. We really appreciated the integrity and good service throughout our dealings with CP Walker & Son."
Jason L