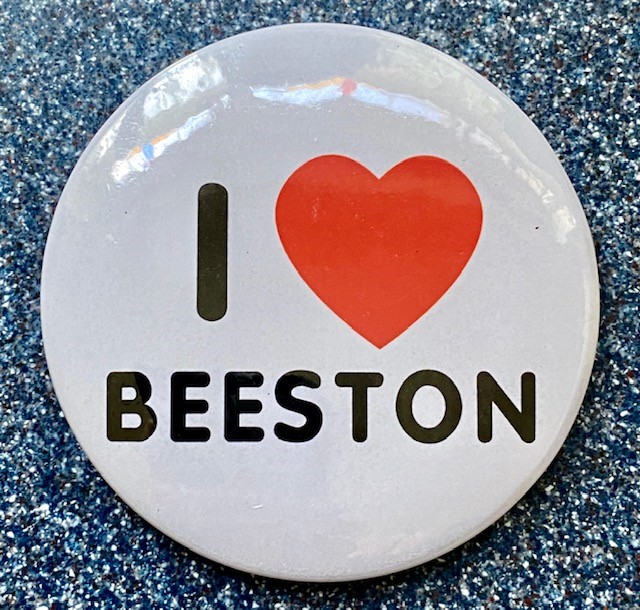 I have a vision for Beeston – #Beeston2020Vision

On Chinese food, and read on English

Books in a Beeston library.

There are communities of colour that breathe deeply in Beeston, blending in with the butcher’s and the Birds Bakery, the charity shops and the local cafés, and enrich the flavour, the atmosphere and the history of Beeston.

A short anecdote; I remember once somebody telling me that a family friend had originally planned to live in Beeston, and I recall at the time quite a profound sense of shock. I didn’t understand why, why would they want to live in Beeston? I, for one, had lived here my entire life, and felt almost completely indifferent to it. However, when they then proceeded to explain that, from their outward perspective looking in, Beeston was like this creative community, with its coffee shops and colourful art, I felt I understood. Although the graffiti wasn’t up at the time of this anecdote, it really is an attribute to the creativity that they had observed, punctuating grey wintry mornings with a pops of a bright message written in colour, speaking volumes without words.

But that’s really the thing, isn’t it? When you’re inside the garden of Eden, or more realistically the Eden Project, it’s easy to look out of the glass dome and think that the grass is greener on the other side, and not to truly take the time to take pride in what you have, who you are and where you’re from.

I want not so much radical change, but change as a continuation. I mean- look at us, our communities, our craft fairs, our interconnected public transport network which is the sole reason I can go to school, and cultures that are more and more celebrated. Only this year, I walked into the centre of Beeston to find crowds of people celebrating Asian culture, and not just Chinese culture, but the culture all Asian communities. As the music streamed above my head in a language I could not translate, but somehow understood, interwoven with the laughter of students whose conversations I could not quite make out, but somehow made perfect sense, I looked out on the sea of people, and found I was surrounded by faces I did not recognise, but felt like family.

I’m not saying let’s throw a celebration every weekend, or even every month, I’m saying I have a vision of people taking pride in Beeston, not just where it is, but what it is, who it is. Beeston is a multi-generational, multi-cultural and multi-racial community. It is something we should be proud of.

But that doesn’t mean things don’t have to change at all. We still need to work towards carbon-neutrality, we need to connect with the disconnected young who feel like they have little to do, and we still need to shelter the homeless sleeping rough on winter nights. These are problems that have not changed, but I believe can and will.

This is my vision for Beeston.

"We were really satisfied with the service provided to us from CP Walker & Son. We had a tight deadline to sell our house, and to complicate things had tenants who sometimes restricted the access to the property for photos and viewings. CP Walker & Son, and particularly Mark Finnigan, dealt with these challenges in a professional and effective manner, providing us with support and advice while sensitively liaising with the tenants and respecting their rights, and ultimately bringing the sale through to completion. We really appreciated the integrity and good service throughout our dealings with CP Walker & Son."
Jason L