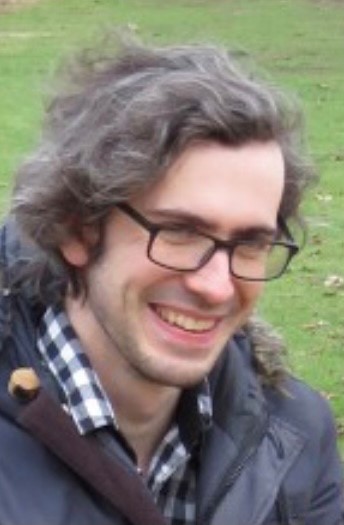 I first came to Beeston to live in 2012 when I was 19.  As a graphic designer, animator and illustrator, I believe that it is the active, creative and multi-cultural community that has made Beeston what it is today.

The establishment of Art Culture Tourism’s networking and Cultures Crossing events, Roberto Alborghetti’s annual visits since 2014 and his Ghost Bus short films, together with the big impact of Jeanie Barton’s Street Art project, her music and the Beeston Showcase - each count as special to me.  Add Beeston’s heritage buildings, history, nature, University Park, river and canal sides, Attenborough Nature Reserve and nearby Wollaton Hall & Deer Park - they are all inspirational to me as an artist.

The international restaurants and coffee shops are a treat for meeting up with friends.  I go into Nottingham to work occasionally and always use the train.  Beeston has a stronger sense of creativity and culture than I find in Nottingham, due to the work of local creatives and people such as Jeanie and co. There could be definite areas for investment in both areas, but I can understand why students tend to prefer to reside in Beeston rather than the city centre.

Now that Beeston will soon be having its very own hub cinema, akin to Nottingham’s Broadway cinema, I see it will be a good focal point for creatives to potentially network or meet and show a more culturally vibrant side.

"I have learned to distrust landlords at every turn. CP Walker is a big exception. Always very courteous and down to earth. We were treated with respect, even though, as (postgrad) students, could have been regarded with suspicion. Good communicators. Addressed various issues (e.g., maintenance) on a quick - or at least very fair â€“ timeframe. [Student Tenant for 1 year]"
Colin